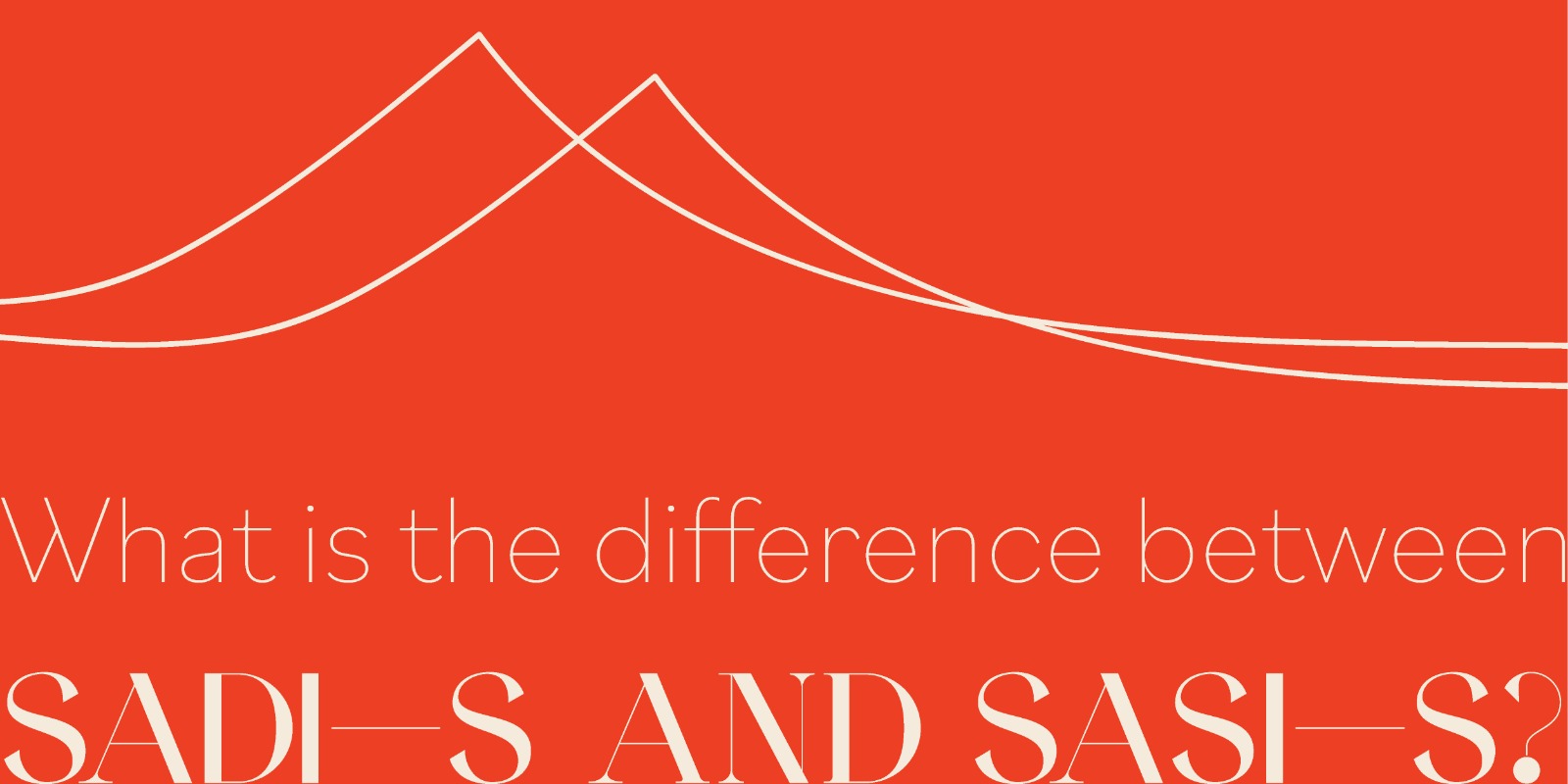 SADI-S and SASI-S are two of the latest procedures available. SASI-S can be considered an improved version of SADI-S given its lower risk of malnutrition.

As all bariatric procedures, also SADI-S and SASI-S are for individuals affected by obesity whose BMI is either 40 or between 35 and 40 with an obesity-related illness (e.g. type 2 diabetes, sleep apnoea, high blood pressure).

When diet and exercise don’t seem to help or be enough to take back control of your life, weight-loss surgery might help. If you’re unsure where to start, contact us anytime. We will have a first consultation with you to discuss your current health, your medical history, and what you expect from the procedure.

In this article, we are going to give you an overview of how SADI-S and SASI-S work and what the differences are.

What is Single Anastomosis Duodeno-ileal Bypass with Sleeve Gastrectomy (SADI-S)?

SADI-S combines two procedures, sleeve gastrectomy and duodenal switch surgery. It is performed with a laparoscope, which means that the surgeon will create a few small incisions in your abdomen to perform the surgery. This will allow for a quicker recovery time and no visible scarring.

The procedure involves two steps: first, the surgeon will perform a sleeve gastrectomy, or gastric sleeve, whereby around two thirds of your stomach is removed. Gastric sleeve helps you feel full sooner, as your stomach is drastically smaller and the production of the hunger hormone (ghrelin) is also reduced.

The second step of a SADI-S procedure involves creating the bypass: the surgeon will detach the intestine just below the stomach and reattach it about 2 metres down. This way, food will bypass the part of the digestive tract that absorbs most nutrients and calories. The downside here is that you will have to take supplements and vitamins long term.

What is Single Anastomosis Stomach-Ileal Bypass with Sleeve Gastrectomy (SASI-S)?

The SASI procedure can be considered an evolution of the Omega loop or mini-gastric bypass. The first step of the procedure involves the creation of the gastric sleeve, whereby around 75% of the stomach is removed. Then, the surgeon will perform the mini-gastric bypass, which involves joining the bottom part of the stomach (antrum) to the lower part of the small bowel (ileum). This way, half of the food that is ingested bypasses the small intestine, reducing the absorption of fats, sugar, and calories. The new stomach is then connected to the small intestine.

What is the difference between SASI and SADI Bypass?

While SASI and SADI bypass involve a few similar steps in the way they are performed, the outcomes and long-term prospects are fundamentally different. Below are the main differences between these two bariatric procedures.

The way the bypass is created

One crucial difference between SASI-S and SADI-S is how the bypass is created. With SASI-S, the surgeon joins the stomach with the distal small bowel (ileum), while during a SADI-S, the duodenum and the ileum are joined.

Less cutting and dissection with SASI-S

Thanks to the way SASI-S is performed, there’s no dissection behind the duodenum, a difficult and potentially dangerous action to perform. For this reason, SASI-S involves less cutting and dissection than SADI-S, making it a safer procedure.

The duodenum is not stapled with SASI-S

SASI-S generally involves a lower number of staple lines than SADI-S, including the duodenum.

Less pressure on the stomach with SASI-S

The fact that during SASI-S the stomach and distal small bowel are joined takes the pressure off the staple line along the sleeved stomach. This is a great advantage because there’s a lower risk that the sleeve will leak. During a SADI-S, the surgeon creates the join  beyond the outlet valve of the stomach, increasing the pressure inside the sleeved stomach. This could potentially increase the risk of leaking as well as increasing acid reflux.

Less risk of malnutrition with SASI-S

Many nutrients are absorbed in the duodenum, particularly iron. As SASI-S leaves the duodenum intact, it is less common that patients will suffer from an iron deficiency compared to SADI-S patients.

In general, the SASI-S procedure causes less risk of malnutrition thanks to the way the bypass is performed. On the contrary, SADI-S patients will most likely need to take supplements and vitamins for the rest of their life.

The SASI-S bypass can be easily reversed if the surgery doesn’t give the expected results. It can be either converted to SADI-S or a sleeve gastrectomy.

SASI-S and SADI-S are just two of the weight-loss procedures we perform at KCM Clinic. We boast a team of experienced doctors, endocrinologists, dieticians, and nurses in the bariatric field who are here to help with any questions you might have.

If you are unsure of what procedure is right for you, get in touch! We’d be happy to assist you and start your weight-loss journey together.

Would you like to learn more about the procedure?
Contact us and we will clear your doubts
GET STARTED
Go to Top
This website uses cookies to improve the user experience. We'll assume you're ok with this, but you can opt-out if you wish. I accept Read more
Polityka prywatności i plików cookie